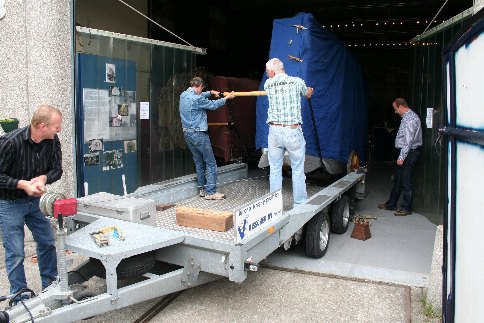 The 68 key Minning street organ "De Grote Blauwe" is part of the collection in the Haarlem organ museum. After the organ was damaged by a fire in the building adjacent to the museum in 2010 it was decided that a full restoration was needed. With financial support from "Nationaal Fonds Draaiorgelbehoud" the restoration was carried out by the NBC in 2012. This did not only take repair the damage from the fire, but also solve the lack of air that had been plaguing this organ for a long time.